Audi Q6 and other electrical crossovers from the future

The first production electric crossover called the Audi Q6 e-tron will hit the market in 2018. According to the press service of the brand, the production model will establish a factory in Brussels, where will be organized not only build machines but also the production of all electrical components. Official information about the technical characteristics of electrocreaser yet, but structurally it will probably be a copy of the conceptual e-tron quattro, which was presented in autumn 2015 in Frankfurt. The concept equipped with three electric motors (two rear and one front) with a total return from 435 to 503 HP, outstanding to 800 Nm of torque, and a spacious battery with a capacity of 95 kWh. Chassis – polnopravnym, that is, the rear wheels are a little to taxi on command electronics for increased maneuverability.Turn to the outlet: 10 most popular elektroobladnannya electrocreaser features are impressive: to “hundreds” car accelerates in just 4.6 seconds. Top speed is limited at around 210 kilometers per hour. Great and promised power reserve on a single charge electric Q6 have to drive at least 500 kilometers. The price of the Audi Q6 e-tron, according to preliminary estimates, should begin from 80 thousand Euro more expensive than the future Tesla Model X. electrocreaser in Addition to Tesla and Audi to market electrocreaser in the coming years will see a number of manufacturers.

First electrocreaser brand introduced in the autumn of last year. Model X is made in the style of the Model S sedan and is unified with him by 60%. An important feature of the steel lifting side doors of the second row, which best facilitate the process of passengers boarding and alighting. Moreover, this mechanism only applies to the rear doors and open front in a traditional way for reasons of safety and reliability. The three rows of seats can accommodate seven passengers. All-wheel drive crossover is equipped with two electric motors – one for each axis. The top version of the PD90 front electric motor develops 259 HP, rear – 503 HP and up to 100 km/h this version of the Model X accelerates from just 3.2, that is faster than any serial crossover. Cruising range on a single charge 400 kilometers. The initial version is a bit slower 90D (4.8 “hundreds”), but it has more power reserve. In the long term Tesla and promises to provide a more compact crossover, which will share platform with the future Tesla Model III sedan in the model hierarchy will stand a step below the Model X. 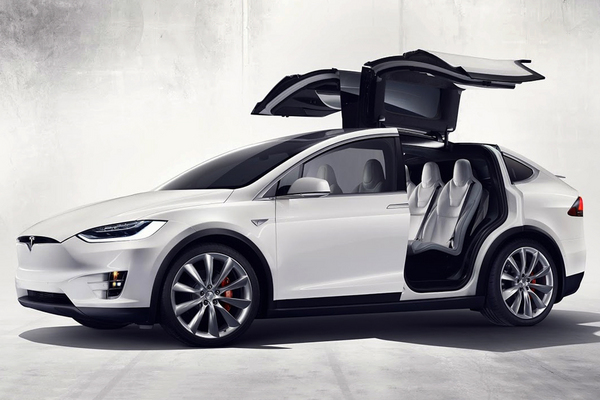 About how exactly the body will get future BMW i5 is still unknown. Initially it was assumed that the index will give the four-door sedan based on the i8 coupe, but at the end of last year, according to the publication Auto Express, the decision was made to design a crossover with a body of carbon fiber, which will compete with the Tesla Model X. the Car will be produced at the American plant in Spartanburg, which produces all the crossovers of the brand, starting with X3. Auto Express sources say about the two motors with the capacity of 135 HP at the front axle and 225 HP at the rear. The promised range of at least 320 kilometres. It is not excluded that will be released a hybrid version of the BMW i8 units. Serial production of the BMW i5 will not begin before 2019. 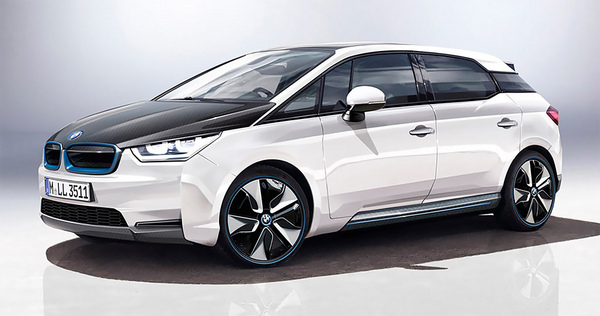 an electric crossover based on the newest Jaguar F-Pace is also positioned as a future competitor to Tesla Model X. According to British magazine Autocar, serial machine with electric drive can appear in 2017. Car create in favor of the American market, in many States, which in 2018 will be a law that at least 15% of the vehicles sold must have zero emissions. According to preliminary information, the power reserve of the electric F-Pace will reach 500 kilometers. But no other technical information, and base on which to build electrocreaser. According to Autocar, the order for the production of electrical components will charge a longstanding partner Jaguar Land Rover – the company Williams Advanced Engineering. 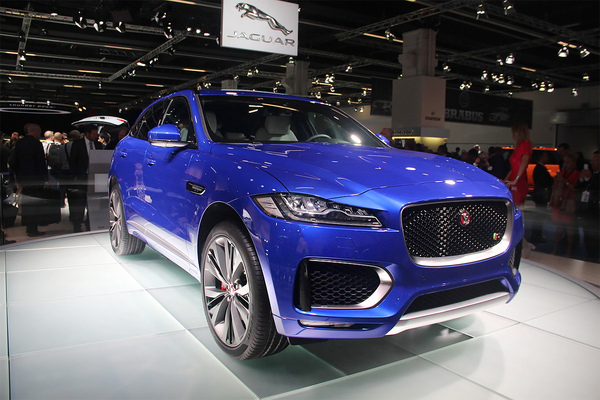 According to Executive Director of Volvo, Hakan Samuelsson, two years on each tenth Volvo will use electric units. It’s not just about rechargeable hybrids, but pure electric cars. The first of these will be an electric crossover is another competitor to a Tesla model. Electric car with a reserve of approximately 520 km promises to bring to market in 2019. It is not excluded that this car will be built on the basis of the next-generation XC90, which already has a hybrid variant with turbo engine capacity of 320 HP and 80-horsepower electric motor. Besides, at the disposal of the Volvo already has its own system of wireless charging for electric vehicles, which run on prototype electric C30 hatchback. 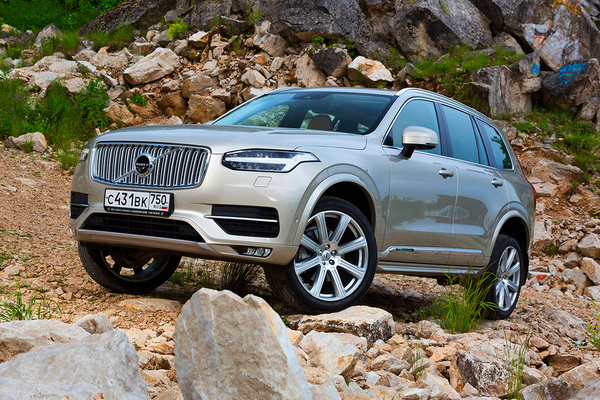 As a competitor to their own electrocreaser company not a big Mercedes sees Tesla Model X, a smaller crossover. Therefore, their model mersedesovtsy build on the basis of the compact crossover GLC. Machine that will receive the name of ELC and will be sold at a price of about 50 million euros, and will be externally significantly differ from the base crossover. The power reserve is not less than 400 km, but the exact data on power unit no. According to rumors, Mercedes ELC will be equipped with two motors with 75 kW each. Market premiere of new items will take place no earlier than 2018.

Electric SUV the Australian Red Automotive Technologies so far exists only on paper, and project owners looking for financing. If the necessary sum is found, Red Automotive promises to make electric car with a power reserve of up to 1.2 thousand km, maximum speed of 250 km/h and a starting price of about 85 thousand dollars. The model will be equipped with adjustable suspension with the ability to increase ground clearance up to 375 millimeters. However, the electric SUV will ride only 200 km, and the rest is just using the internal combustion engine that will recharge the batteries. To first “hundred” car will accelerate in less than four seconds. Moreover, in addition to SUV Australians promise to release several more models, and the total volume of production to reach 75 thousand cars a year. All models Red Automotive will be built on common platform, but the most interesting design will be just the SUV. 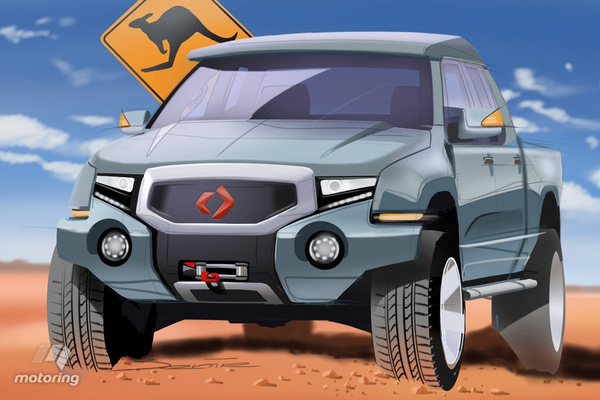 Front-wheel drive Soul to the crossovers can be attributed only conditionally, but this machine, unlike others, already has a serial electrical version. Currently the market offers a Soul EV on the basis of crossover of the first generation with the electric motor capacity of 109 HP, the acceleration to “hundreds” in 12 s and top speed at 144 km per hour. The basic version costs 32 thousand dollars. In the beginning of last year, Kia introduced the show car Trail ster e-AWD, which anticipated the style of the second generation Soul, and hinted at what may become the next Soul EV. However, the concept was fitted with a non-electric and hybrid drive with a petrol turbo engine with 188 HP and an electric motor with recoil 36 horsepower. 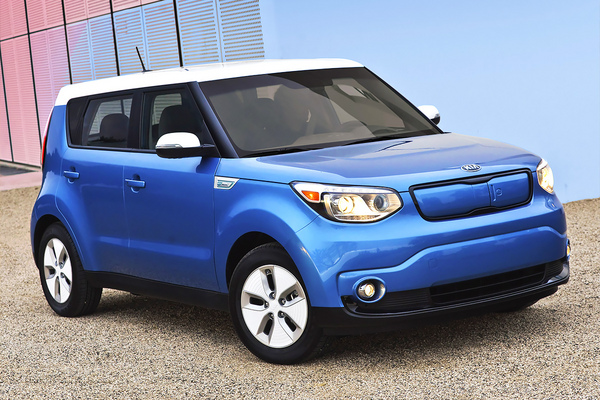 Autumn concept Mitsubishi eX demonstrated not only the evolution of a Dynamic corporate style Shield, but a new power plant. The concept is equipped with permanent four-wheel drive, a system of Autonomous driving and a full set of systems-assistants. It is unknown whether eX Mitsubishi ASX crossover serial and will serial electric version, but the direction for the work of stylists of the company in the coming years he already asked: sharp lines, bulky side panels, sloping roof and minimalist interior with lots of built-in gadgets. In a prospective crossover movement is driven by two 95 HP electric motors each of which rotates one axis, feeding from the battery with a capacity of 40 kilowatt-hours. Cruising range without recharging up to 400 kilometers, and when connected to mains power at home may, within four days to provide energy housing. 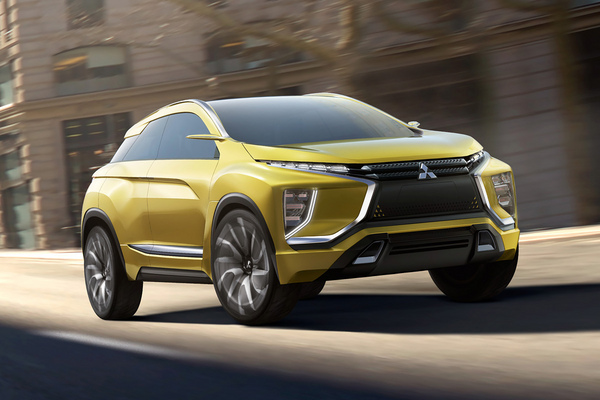 The idea of a beach buggy, which will become the ideological successor to the original sample Mehari 1968, offered the French Atelier Bollore. In fact, this is a variation on the concept Citroen Cactus SUV M stuffed from Bollore electric car Bluesummer. The engine capacity of 68 HP is powered by a battery capacity of 30 kW/h and accelerates to 110 km per hour. Power reserve of up to 200 km, and to replenish the charge on the pump network Autolib, which is owned by the Bollore group. Serial production of the Citroen E-Mehari will begin in the spring of 2016, and to sell cars are Citroen dealers and costs about 20 thousand Euro. Planned production volume is 3500 cars per year. 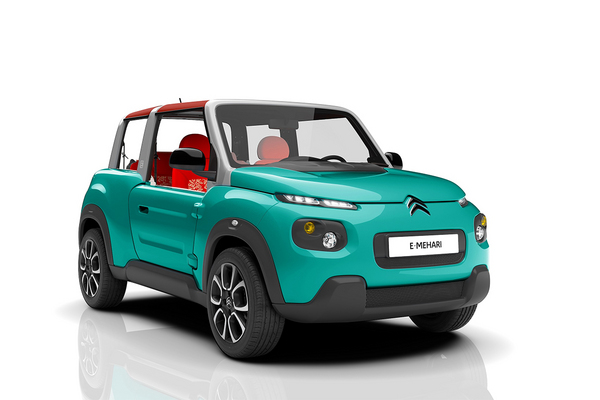 Unfamiliar to us Senova brand is owned by a Chinese holding company Beijing Auto and has a strong technical support. And it was under a subsidiary brand, the Chinese decided to bring to market the first electrotransfer. By the end of March the market will be the model EX200 Senova EV, based on the crossover Senova X25. From exterior differences – only the blue edging of the logo and a modest nameplate on the trunk lid. In the Chinese electric car movement provides a 70-horsepower electric motor that powers the battery with a capacity of 30,4 kWh. On one charge electrocreaser can travel up to 240 km, but only in eco mode at speeds up to 60 km per hour. Maximum speed – 135 km/h and acceleration to 100 km/h takes 18 seconds long. Full drive, but the manufacturer promises to present a version with a larger 260 and 300 km of power reserve. 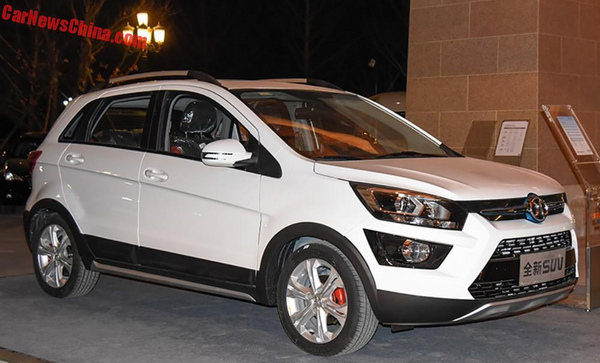 Source: Autonews :: New season :: Audi Q6 and other electrical crossovers from the future